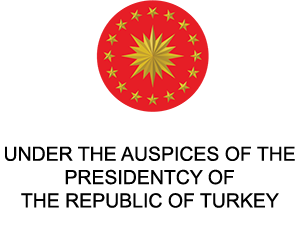 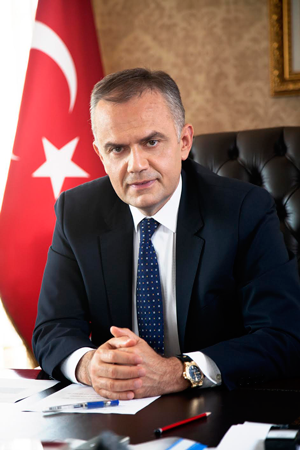 Message From The Chair

The fight between the good and bad, rightful and superstition, justice and tyranny have continued by shifting shapes throughout the human history. Where human beings and states take side is of great importance.

At modern times, we keep asking this question to ourselves: Why are most of the countries in a ring of fire in this century? Why is the earth and particularly the geography of the Muslims, a blood bath? Why on earth are human beings unhappy in the age of scientific and technological advancement? Although psychologists, psychiatrists and social scientists give different responses to all these questions, the response, in our humble opinion, is that two major concepts have been nonexistent in individuals' and societies' life. These two major concepts are JUSTICE and MERCY. Referred to in the constitutional charters of the countries and also inherent in the conscious of human beings, these two concepts enable us to create a peaceful bond with other people, animals, plants, surrounding circles and with the objects. A civilisation that relies on these two concepts will save human beings from isolation and let them experience a spiritual satiety.

Islam orders us to establish a civilisation based on justice and mercy. The exemplary life of our Prophet Mohammed is the biggest evidence that such a civilisation is viable on the face of earth. All human beings are in need on His teachings in order to live a century of bliss.

With our project “Biz O’nu Çok Sevdik – Siyer-i Nebi / Our Prophet's Life Competition” launched in 2014 and concluded in 2015 by Çekmeköy Municipality, we enabled 5 thousand youth to read and get to know the exemplary life of the Blessed Prophet. With another great project this year, we are going to tell about our Prophet Mohammad through cinema, a strong aspect of modern art. Captioned “Biz O’nu Çok Sevdik - Çekmeköy Municipality International Short Film Competition”, the project will be themed on "Justice and Mercy". As humble servants, we sincerely believe that a modest step has been taken to imprint justice and mercy and love for the prophet in people's mind.

We are utterly happy that beloved jurors of our country and of the Islamic world will make good efforts in this competition because we attach importance to such projects for building up a civilisation of justice and mercy. And we have a strong belief that beloved jurors have the same feelings as we do.

I would like t take this opportunity to give my personal thanks mainly to the jurors, and to the project stakeholders, executive presidents, Directorate of Cultural and Social Affairs Manager and the personnel that have made priceless contributions to this particular project. Needless to say, the cinema enthusiasts of all groups, whom I believe will contribute to the build-up of a civilisation of justice and mercy with their short films, deserve no less mentioning and thanksgiving.